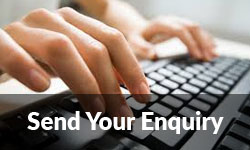 Shikaripura is taluk headquarter which comes under Shivamogga District of Karnataka state. Shikaripura is just 48 km away from Shivamogga city and it is well connected by buses to all the prominent places. It is known for its rich cultural heritage and scenic beauty. It is the cradle of the great Kadamba and Hoysala Dynasty which was the seat of Architecture and Education. TallagundaShikaripur is the first educational center in Karnataka. Mayura Sharma, the founder of Kadambaraja dynasty, the first kingdom in Kannada, was the first student to study here. Shikaripura is the grandeur of the 12th-century orator and social reformer Allamaprabhu, Akkamahadevi, Maktakayaka, Jakkalambike. Sri B.S. Yediyurappa, Ex-Chief Minister of Karnataka who is the representative of this taluk is also the mentor of this Institution.